The NACA 0012 airfoil is widely used. The simple geometry and the large amount of wind tunnel data provide an excellent 2D validation case. For this case I use the Spalart-Allmaras turbulence model. 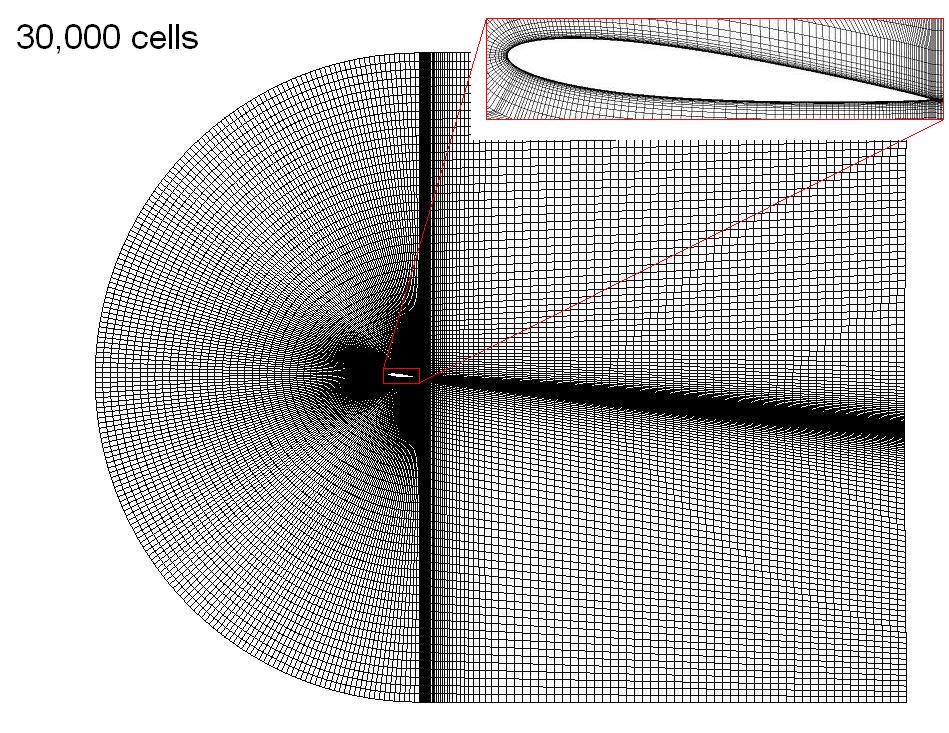 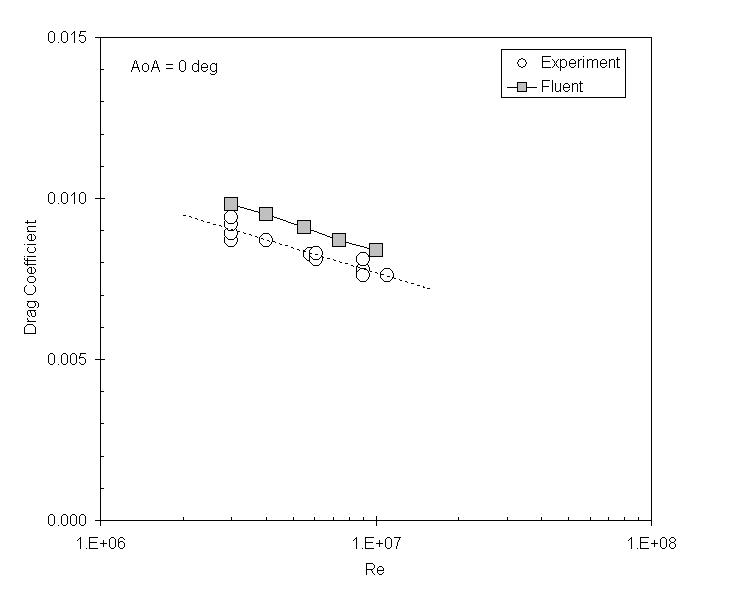 The drag coefficient at zero angle of attack depends on the Reynold's number. The experimental data is for an airfoil with a trip wire, which forces the boundary layer to be completely turbulent.[1] This corresponds to the Fluent model, which has an active turbulence model over the complete airfoil. Note that the calculated drag coefficient is somewhat higher than the experimental one. Possibly, the modeled boundary layer is turbulent from the beginning, while in reality the trip wire is not at the very leading edge of the foil.

Modeling the NACA 0012 airfoil without a trip wire is more complicated, since Fluent itself is unable to predict the point along the chord where the transition from a laminar to a turbulent boundary layer takes place. One option is to manually set this transition point at Re = 5e5, which is the flat plate transition point.[2] 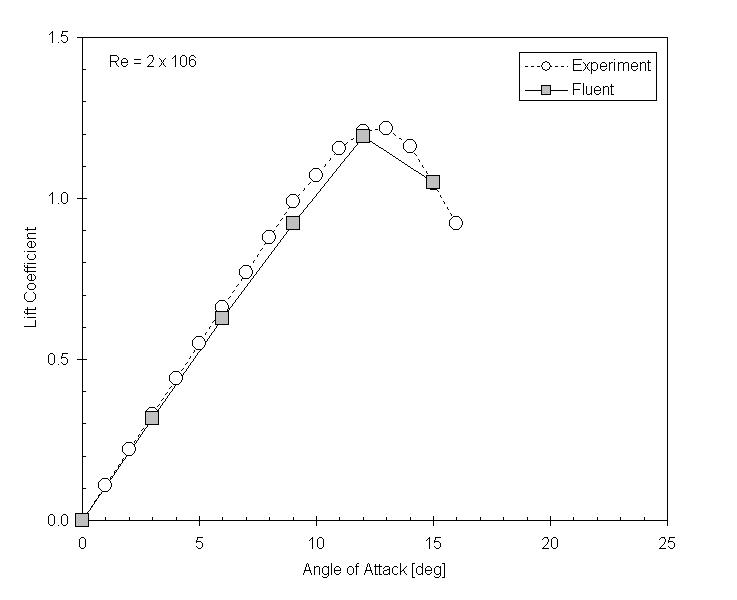 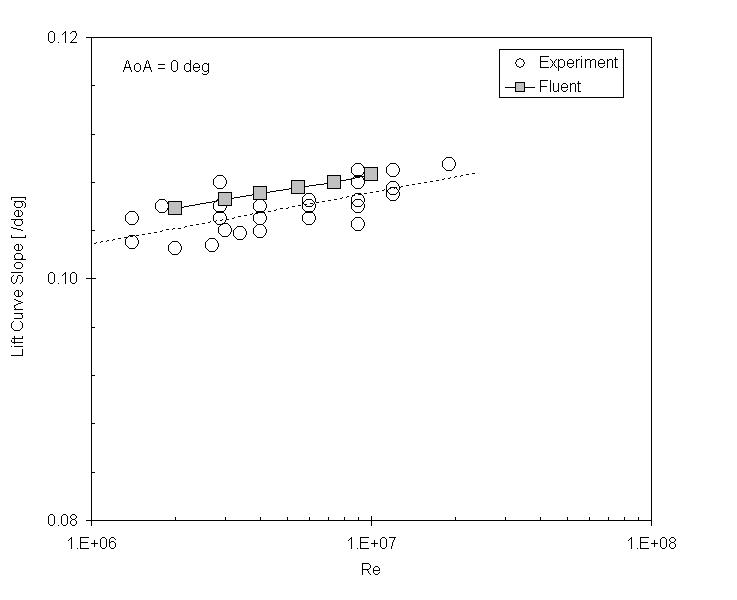