is the "index" vector, sometimes referred to as a computational coordinate. For our purposes here the entries of the computational coordinate will range from zero to a maximum. If such a function can be found for a given geometry, then the actual generation of gridpoints is straightforward. The problem, however, is that the determination of the function is not neccessarily that easy. In practice, it is sometimes easier to add an itermediate parametric space, denoted by

, and not the grid spacings obtained in the direct evaluation of the stretching function. To compute the actual gridpoints in practice, we need to express the grid edge in terms of a parameter. For example, a line segment between two points

can be expressed as

We can then use any of the above streching functions to generate a properly spaced grid on the given line segment. Other parametric forms are available as well. Of particular interest is the cubic Bézier curve, which allows the specification of direction and location at both endpoints and can be written as

's are the control points. 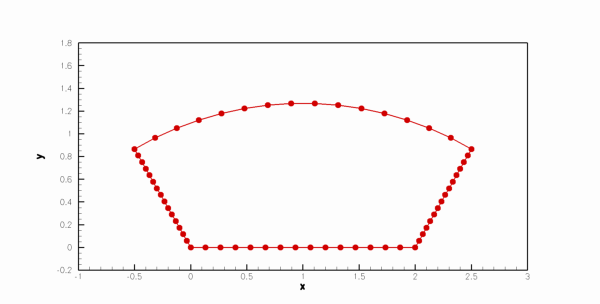 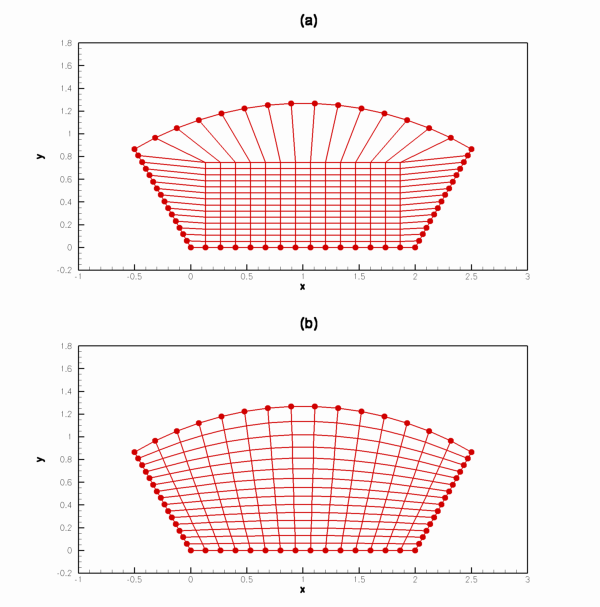